The Williams Center is proud to offer you the very best dance, gymnastics and cheer instruction possible. Our professional staff is highly educated, very well trained and knowledgeable in their fields.

Dara's home town is Prairie Grove, where she was a cheerleader for 5 years, and an All American Cheerleader for 4 years. Dara has danced in the Aloha Bowl, the Citrus Bowl, the Outback Bowl, and the Foley's Parade. Dara holds a BS in Education from the University of Arkansas where she was a member of the Tri Delta Sorority, a member of Big Brothers Big Sisters, and volunteered for local schools. Dara instructs children of all ages and levels in dance and has led The Rhythm Factory Competitive Dance Team to numerous National titles. She has been teaching dance for the Williams Center for 17 years and has taught over 2,200 students in the Fayetteville area. Dara, along with her dance staff also choreograph routines for the Fayetteville High School pom squad.

Rachel's hometown is Texarkana, Arkansas, where she attended Texas High School and was a cheerleader and a member of the Texas High School Highstepper Dance Team. Rachel received a Ballet Scholarship from Texas Association Teachers of Dancing and also the Merit Scholarship her senior year. Rachel is a member of the Texas Association Teachers of Dancing and has a dance teaching certification through Judith McCarty School of Dancing in Texas. Rachel is currently attending the University of Arkansas where she is a Senior Advertising and Public Relations Major with a Minor in Marketing. Rachel instructs children of all ages and levels in dance and she teaches The Rhythm Factory Competitive Dance Team. Rachel also teaches dance in Bentonville at the Walton Life Fitness Center for the Williams Center. This is Rachel's 5th year with the Williams Center.

Penny's hometown is Fayetteville, Arkansas where she attended Fayetteville High School. She was a member of the Fayetteville High Dance team and a member of the Williams Competitive Dance team. Penny has won numerous awards for her choreography and dancing talents. Penny is currently a Junior at the University of Arkansas. She instructs children of all ages and levels in dance. She also coaches The Rhythm Factory Dance Team. This is Penny's 4th year teaching for the Williams Center. 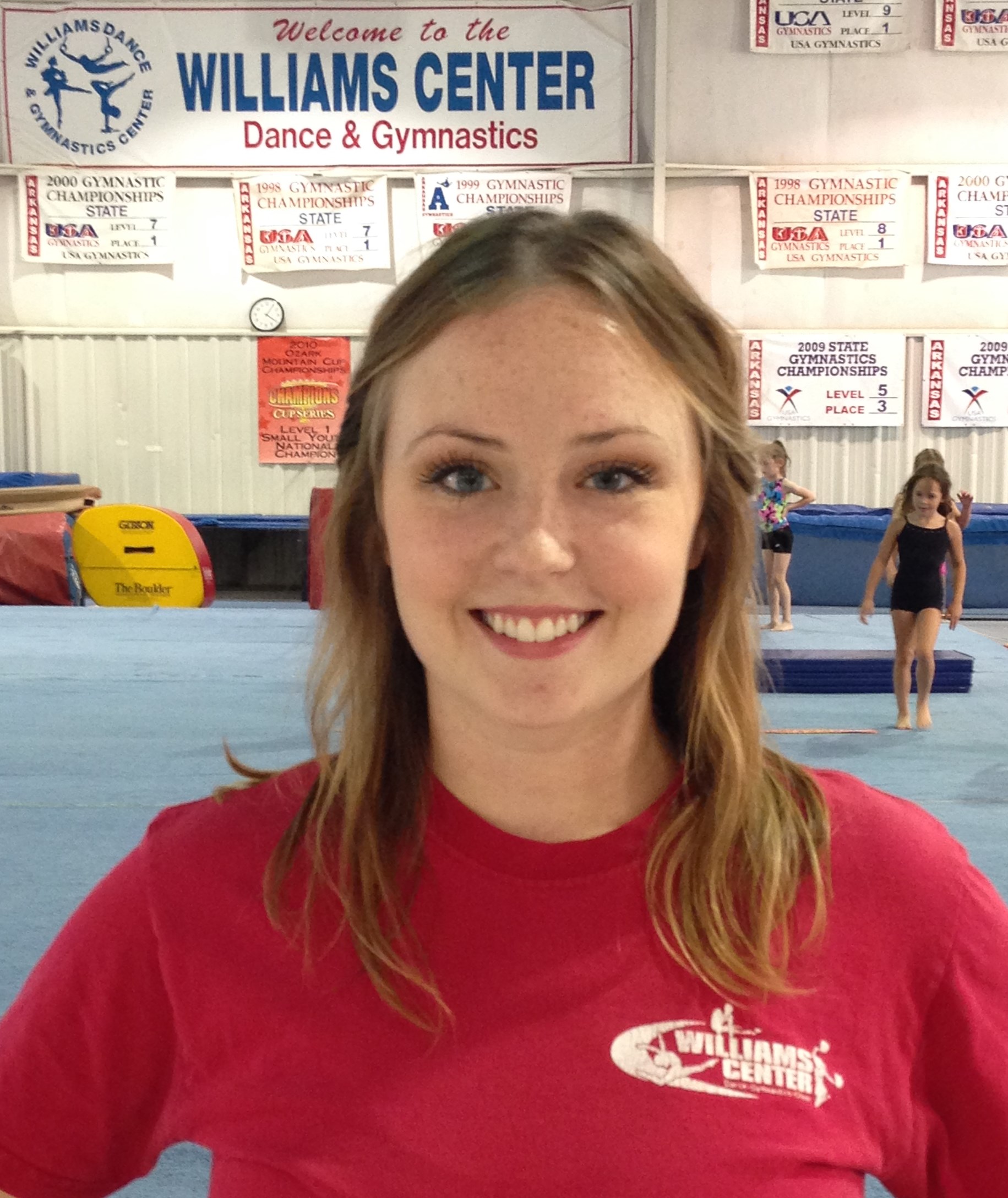 Kambrea's hometown is Fayetteville, Arkansas where she attended Fayetteville High School. Kambrea was a Junior High and High School Cheerleader where she was captain of her senior squad. She was a College Freshman Cheerleader for UCO in Edmond Oklahoma. Kambrea was a competitive gymnast for the Williams Center for 7 years. Kambrea holds a Broadcast Journalism Degree from The University of Arkansas. Kambrea instructs children of all ages and levels in gymnastics and tumbling. This is Kambrea's 6th year working with the Williams Center.

Originally from Oshkosh, Wisconsin, Katherine Grable now makes Fayetteville her home. She holds a BS from the University of Arkansas where she received a full gymnastics scholarship and competed for the University of Arkansas Lady Razorback Gymnastics Team. Katherine competed as an individual qualifier at the 2014 NCAA Gymnastics Championships and was the most decorated athlete of the entire event. She tied for second all around and won the NCAA National titles on both vault and floor in the event finals. Katherine collected numerous honors during her career as an Arkansas GymBack including six All-American honors being a three-time member of an All-SEC team and reaching the event finals three separate times during her career. She has also been awarded the team’s most outstanding gymnast award in each of her four seasons on the team. We are excited to have Katherine join our staff! 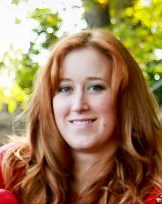 Shasta's hometown is Bentonville. She was a competitive gymnast for 4 years. Shasta will be graduating from the University of Arkansas with a Bachelors of Fine Arts in Printmaking and Graphic Design this fall. She is a member of the Art Department Post back Program, and Gamma Beta Phi Honor Society and has made the Dean's list for 5 semesters. Shasta is also a level 8 rated NAWGJ gymnastics judge. Shasta instructs children of all ages and levels in gymnastics and tumbling and coaches team gymnastics. This is Shasta's 6th year working with the Williams Center.